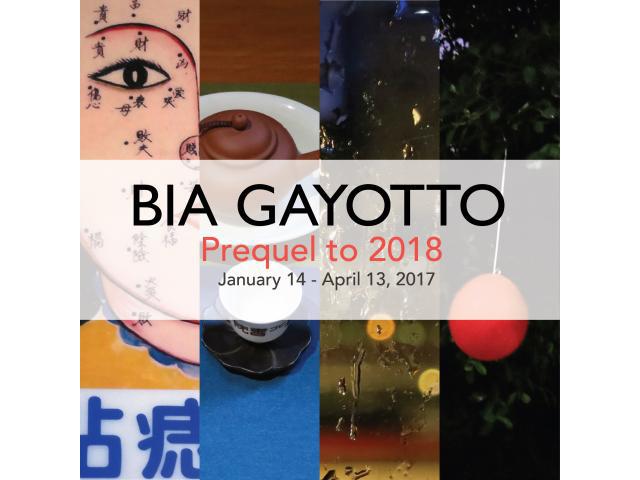 For several years, Los Angeles-based artist Bia Gayotto has been using an interdisciplinary approach that combines video, collaboration, fieldwork and interviews to examine how ideas of identity and culture intersect in places, objects, and people's everyday lives. In previous projects, Gayotto has chosen elements in the landscape or in urban environments to explore community responses to specific situations or locations, such as commuting spaces in L.A., mountains and women explorers in Banff, Canada, and the sea and islanders in the Azores, Portugal. Collaborating with members of diverse communities has brought greater complexity to her work, allowing her to map and represent specific places based on the social encounters that she finds there.

During her residency at the Taipei Artist Village, Gayotto produced a three-screen video installation and a book that presents a look at the physical and cultural landscape of Taipei inquiring about feelings of place, identity and belonging. Somewhere In Between: Taipeiis the fourth iteration in a series that also includes Los Angeles, Silicon Valley and Chicago. The videos' compositions—which take the form of portraiture, still life, and landscape—use varied elements, such as close-ups and long shots. Inspired by John Cage, chance plays an important role in the project, from the demographics of people who respond to the artist's call for participation to the different neighborhoods in which the videos are shot.

Although Gayotto's approach alludes to the traditions of documentary and ethnographic film, during postproduction she utilizes non-linear poetic strategies, including montage, multiple projections, sound effects, and looping. The soundtrack composed by Yannick Dauby mixes field recordings of Taipei and its surroundings with analogue electronic instruments and digital processing. Following the video's random structure, the audio is assembled in a flow that overlaps sounds of landscapes, urban space and human activities.