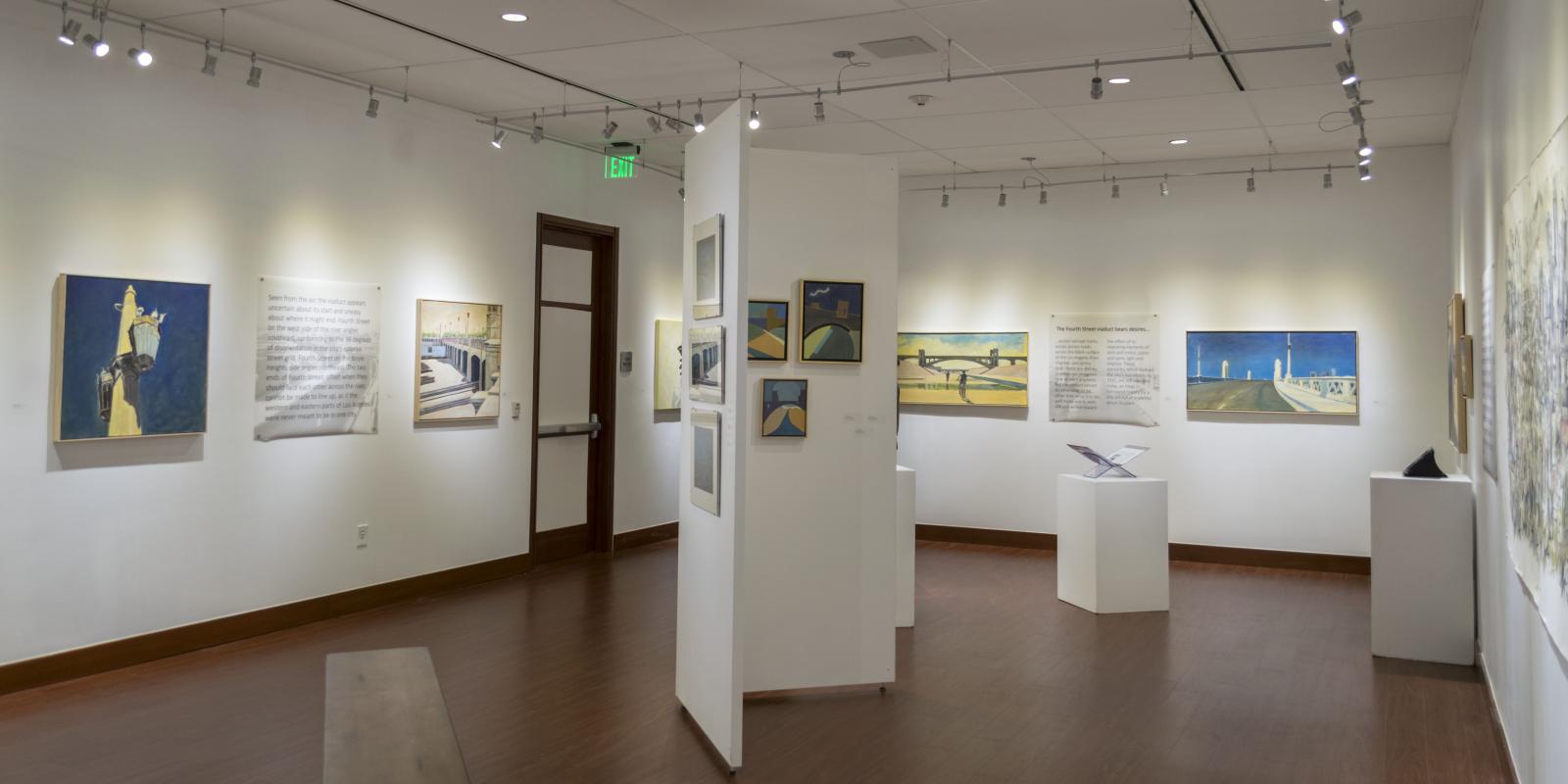 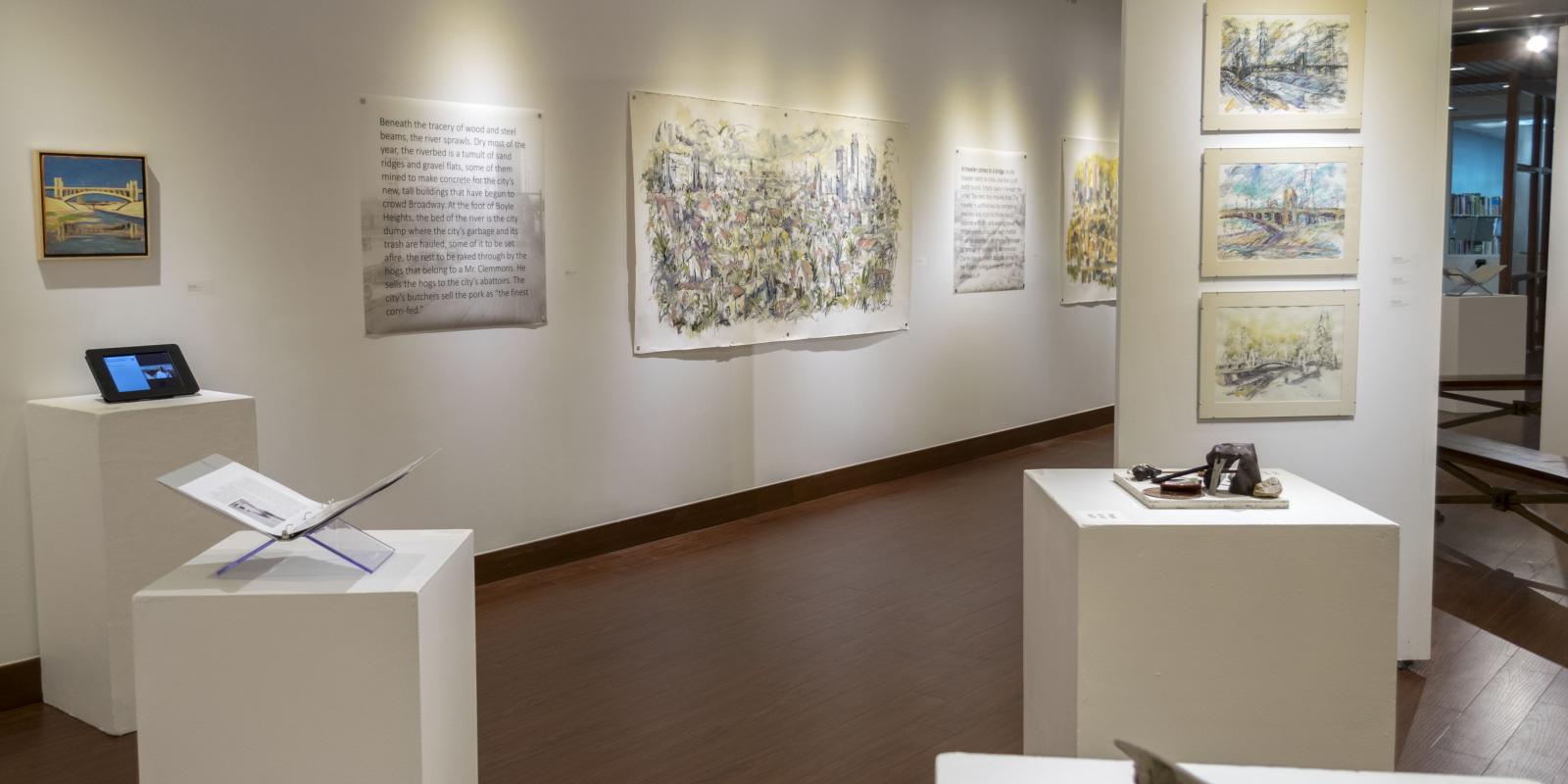 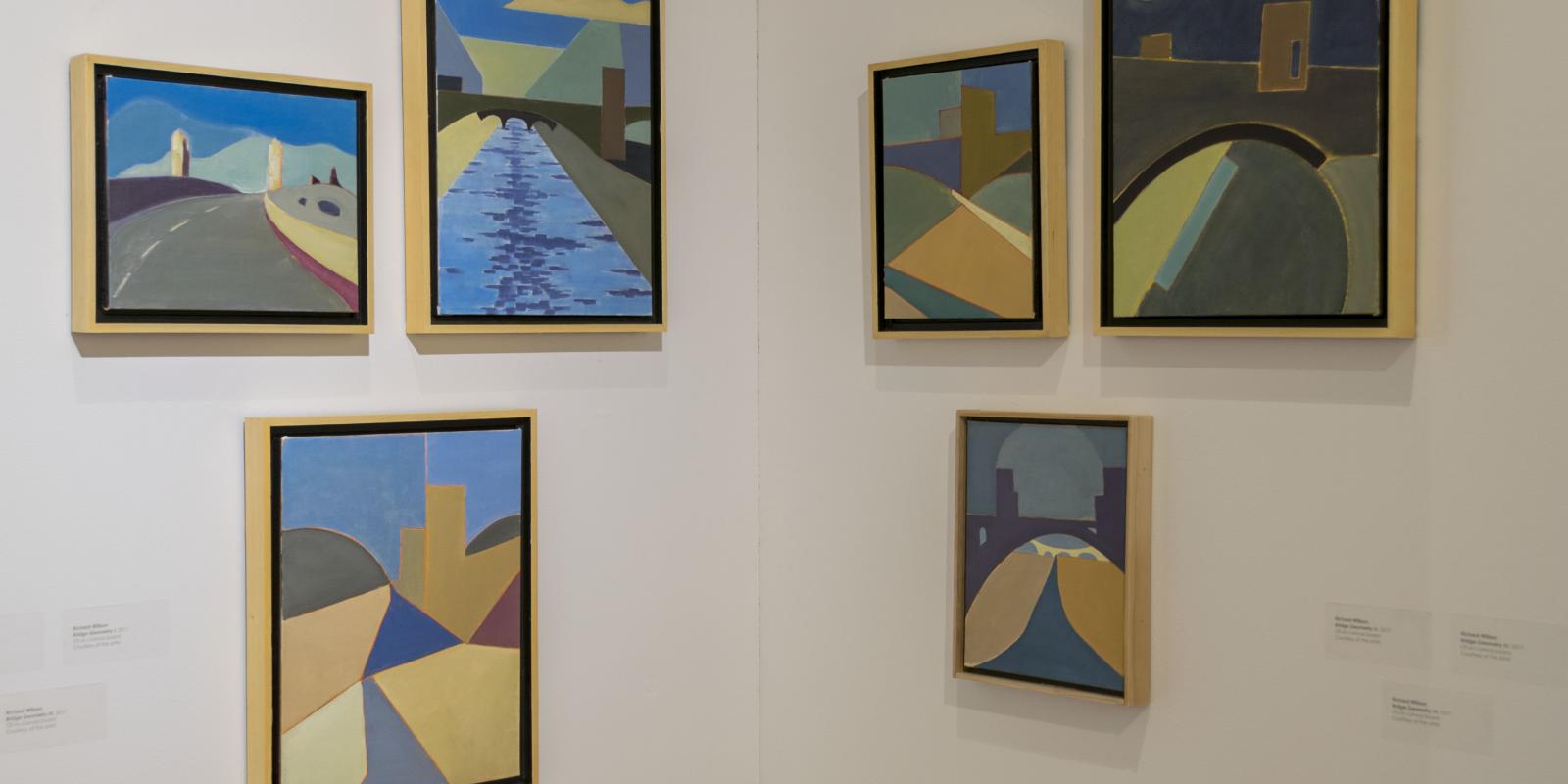 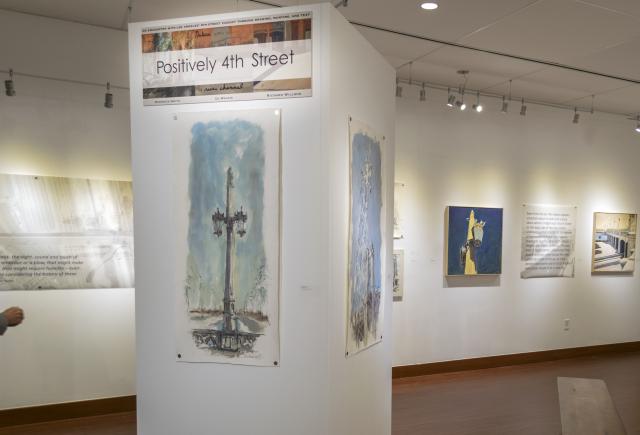 Caught between Los Angeles’ past and future, the Fourth Street Viaduct of 1931 is an enduring artifact in an area of enormous flux. Bridging the Los Angeles River, it spans railroad tracks and industry, almost half a mile in length. Its grandiose Gothic Revival architecture contrasts with the unadorned flood-control channel beneath it. As Angelenos debate river revitalization and the gentrification of Boyle Heights and the Arts District, the viaduct is a stoic artifact. Yet, at the same time, it leaps and vaults.

We are two visual artists and a writer-artist whose interpretations are based on a shared instinct for poetic realism. Recognizing what the viaduct meant to the civic leaders who built it, we accept the pathos of that past but seek reconciliation with what is now ours. The viaduct revealed its iconic symbols and meanings as we explored. The light stanchions, for example, still have insulators for wires that powered streetcars, some of which were “coffin trolleys” delivering mourners and the dead to Evergreen Cemetery.

Our first impression was of industrial infrastructure – trains, trucks, power lines, planes making turns to LAX -- but most importantly, the concrete channel of the river. We observed the contrasts of sun and shadow, the flow of water against hard cement and soft black tar around the tracks. Over time we noticed that this apparently hostile environment is home to people, micro-organisms, and determined flora.

The viaduct entered into our imaginations and changed us. We began our exploration wrestling with sensory elements such as glaring reflections, heat, noise, odors, and congestion. We were ready to struggle with the place as artists, but our affection grew with repeated visits. The viaduct spoke to us, softened us.

We do not offer theory here. We are not preaching. Our hope is that you encounter these drawings, paintings and words as we encountered the viaduct: ready to learn, with reverence for place.